Rare Motorcycles: Bike Models You are Unlikely to See Twice 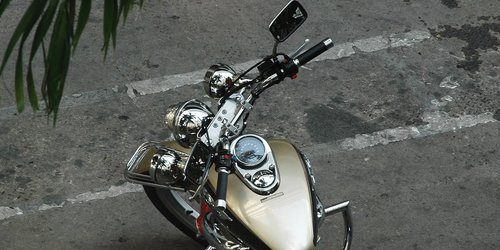 Seeing a motorcycle in your neighbourhood is no news, but did you know there are models you may never see in your lifetime? Not because they are not popular in your country, but because they are so rare that sighting one is a lifetime chance. Seeing the same model a second time is almost impossible. If you doubt that, step up to the challenge and try to sight these bikes:

This classic bike was an eye-catcher at the 2010 BBC Bike Show. Restored by Mike Crane, the Coventry Eaglehas all there is when it comes to a classic look. It comes from the era of spoke wheels with a simple metallic frame and flat handlebars. It had a 172 cc two-stroke engine and a chain drive (metallic).

This bike’s production ended with the onset of WWII, before which it was a commendable racing bike. There might be owners who still have it in their collections, but it is a very, very rare sighting on the road.

That only 200 of these bikes were built is the starting point of their rarity. That it is now 2020, 69 years after they came to be, there can only be a bunch of those remaining, making them even harder to see. The bike was also in the spoke category and ran on a powerful 750 cc Interceptor engine. That’s a powerful bike even by today’s standards!

It’s over a century since 1911, and what better bike to celebrate a hundred years of riding than the 1911 Levis. This bike’s production ended in 1939 and it looked like a hybrid bicycle. Still, it was a lovely sight at the 2011 BBC Bike Show thanks to the restoration work of Mike Crane. It was a 211 cc two stroke engine bike that Mike was jolly proud to show off!